Launched in 2004 by producer/director Rick Rosenthal to produce MEAN CREEK, Whitewater Films is dedicated to helping emerging directors find their voices, while also assisting established filmmakers in getting their passion projects off the ground.
A combination of enthusiasm and experience enables Whitewater Films to produce movies that have as their signature a powerful script, riveting performances from strong ensemble casts, an attention to detail not commonly found in smaller films and a visual look that belies the films' budgets.
While recognizing that the movie business is a business, the philosophy of the company is that a work of art and a work of commerce can be combined in the same project without sacrificing objectives on either side of the aisle.
We believe that tempering projects of passion with over 25 years of production experience creates a business model that is very attractive in today's marketplace of mega-budget movies.
With a hands-on, fiercely independent approach, we welcome others who share our vision. 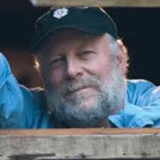 Rick Rosenthal is an award-winning veteran producer/director with a dynamic career spanning over 25 years in both film and television.  He is also committed to helping launch new filmmakers, with a focus on mentoring young directors and supporting emerging filmmakers in the micro-budget world of independent filmmaking.

Best known for helming the hard-hitting drama BAD BOYS, which helped establish Sean Penn’s career, Rosenthal has directed across diverse genres, ranging from comedy (AMERICAN DREAMER), to coming of age (NEARING GRACE), to horror (HALLOWEEN II - his directing debut - and HALLOWEEN RESURRECTION, one of the franchise's most successful sequels).  He has also worked extensively in television, directing ABC’s ground-breaking pilot LIFE GOES ON and was recently nominated for a Directors Guild of Canada award for BEAUTY AND THE BEAST.  For the past three years, he has been a Supervising Producer on Amazon’s Emmy-winning series TRANSPARENT.

Because he never had a filmmaking mentor himself, Rosenthal launched Whitewater Films as a production company committed to helping up-and-coming filmmakers, offering them the assistance and advice he never had.  Since 2003, he has produced or executive produced more than 25 films - and productions from Whitewater Films have been invited to Cannes, Sundance, Toronto, SXSW, Tribecca, Berlin, Deauville and have won numerous awards, including two Indie Spirit Awards, two Crystal Bears, a Humanitas Prize, the Audience Award at SXSW and a Best Director Award at Sundance as well as an Academy Award nomination 3 years ago for Best Documentary, Short Subject and a nomination two years ago for Best Feature Documentary.

The company’s name, Whitewater Films, is derived from Rosenthal’s approach to filmmaking.  Much like an expedition down a river, a film rarely goes as planned. No matter how much scouting and how much preparation takes place beforehand, once a film enters the rapids of production, inevitably the craft ends up in unchartered waters.  At these times, it’s important to have a good team onboard and a veteran river-guide leading the expedition.  And that is exactly what Whitewater Films has offered to its filmmakers.

An avid tennis player, Rosenthal won the Connecticut State Doubles title as a junior and taught tennis in Monte Carlo when he was 19, with wins over the #2 and #3 players on Monaco Davis Cup Team.  Rosenthal currently resides in Los Angeles with his actress-turned-environmental-and-political activist wife Nancy Stephens and three kids, along with a Golden Retriever named Magill.

Bert Kern is a Producer at Whitewater Films. He is an executive Producer of First Girl I Loved, an official selection of the 2016 Sundance Film Festival and King Jack, winner of the Audience Award at the 2015 Tribeca Film Festival. He also Executive Produced Band of Robbers starring Kyle Gallner, Melissa Benoist, Matthew Gray Gubler, Hannibal Burress, Adam Nee, and Stephen Lang, and Punching Henry, starring JK Simmons, Sarah Silverman, Tig Notaro, and Henry Phillips, as well as the crime drama Destined. Most recently, Bert produced the Richard Jenkins starrer The Last Shift which premiered at Sundance 2020 and Executive Produced the Billy Crystal and Ben Schwartz feature Standing Up, Falling Down which is currently streaming on Hulu.

Bert’s co-producing credits include the feature films 7 Minutes (2014) and Drones (2013); Additionally, he is an associate producer on According to Greta (2009), starring Hilary Duff and Ellen Burstyn and the punk-rock comedy Fat Kid Rules the World, which won the narrative Feature Spotlight Audience Award at the 2012 SXSW Film Festival. 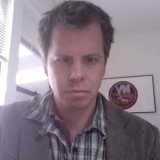 As a producer at Whitewater Films, Nick has Executive Produced many films including Band of Robbers, Punching Henry, and Standing Up, Falling Down. The feature Afternoon Delight was Executive Produced by Nick, and won the Best Director Award at Sundance for Jill Soloway. As a Producer on Fat Kid Rules the World, he enjoyed the film’s success at SXSW where it won the Audience Award.

Prior to joining Whitewater, Nick served as Executive Vice President of Development and Production at Baldwin Entertainment Group where he was in charge of all creative aspects of the company's development and production slate. In that capacity, he Executive Produced DEATH SENTENCE which starred Kevin Bacon and was directed by James Wan (SAW). The film was released by Fox Atomic. The diverse development slate included ATLAS SHRUGGED, MANDRAKE THE MAGICIAN and THE GORDIE HOWE STORY. Prior to B.E.G. he served as Vice President of Development at Crusader Entertainment and was a co-producer on RAY, SWIMMING UPSTREAM, GAME OF THEIR LIVES, JOSHUA and SAHARA. Before Crusader, Nick spent five-years at Phoenix Pictures where he served as Vice President of Production and oversaw such movies as WHATEVER IT TAKES, URBAN LEGENDS: FINAL CUT, DICK, and VERTICAL LIMIT. Over the course of his career, Nick has worked with many of the top writers and directors in the industry. He has developed a reputation as an executive that both filmmakers and financiers can trust. His varied experience enables him to move comfortably from the free-wheeling creativity of the script development process to the more practical exigencies of film production. This range gives him the unique ability to oversee a project from its inception as an idea through production to a films final mix. Nick began his career in the Independent Film Department at the William Morris Agency where he worked on a team that focused on building films and companies around filmmakers both inside and outside of the studio system. B 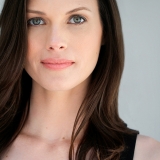 Sarah is originally from Madison, Wisconsin. She made her screen debut in the acclaimed short film Leave You in Me. Her vulnerably raw work in the film garnered her Best Actress Award wins at the NYC PictureStart Film Festival and LA's Show Off Your Short Film Festival. Shortly after the film's completion, Sarah moved from New York to Los Angeles. She guest starred on Monk, Ghost Whisperer and Mental. She also took on roles in several other TV and Film projects. In 2021, Sarah appeared as a supporting role in the Lifetime TV movie Desperate Widows.In the fall of 2014, Sarah joined the award-winning independent film company Whitewater Films as Creative Executive and Chief of Staff for director-producer Rick Rosenthal. While at Whitewater, she has comprehensively contributed to development, pre-production, on set and off set administration, post-production, distribution, and festival relations. Sarah has functioned as Executive Assistant on seven feature films and one pilot. The comedy film Band of Robbers was directed by the Nee Brothers who have gone on to helm the upcoming Masters of the Universe. Kerem Sanga's First Girl I Loved was the Sundance 2016 Winner, Best of NEXT. Standing Up, Falling Down the Billy Crystal and Ben Schwartz starrer, premiered at Tribeca 2019. And the pilot Halfway There with a cast including Matthew Lillard, Sarah Shahi, Esai Morales and Blythe Danner won Sundance's inaugural Episodic Showcase in 2018. In addition to production support, Sarah manages Whitewater's day-to-day operations.She is an avid screenwriting coach and enjoys working with amateur and experienced writers. She has supported the development of many scripts that have gone on to place in major screenplay competitions. Her many return clients value her keen eye for story and structure and her ability to communicate conceptual notes in a direct and effective manner.She married Curt Cornelius in 2016. They share a home with their two dogs, Lola and Edgar.